Why Do Some Organisations Still Use PDAs Today? 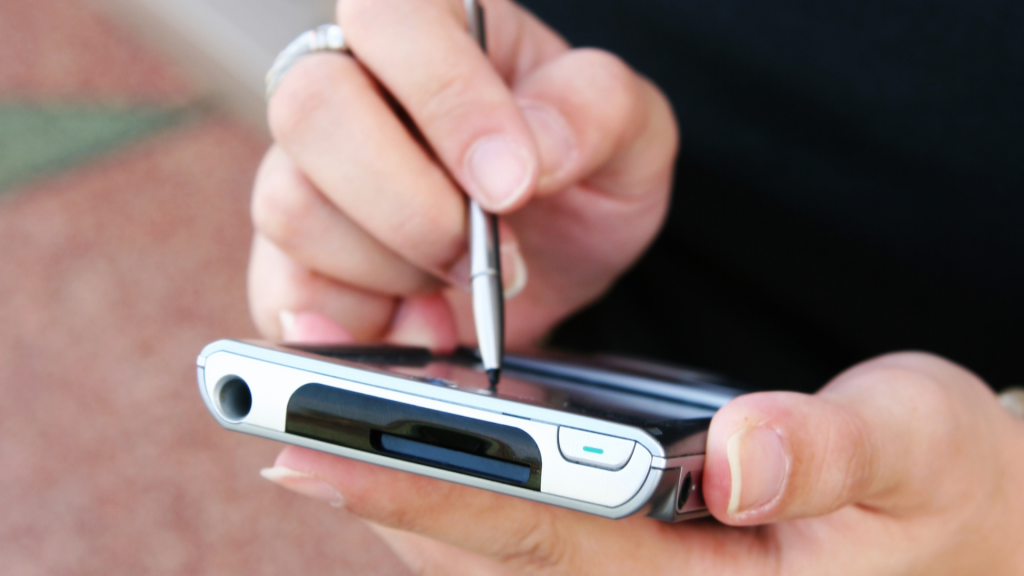 Many of us of a certain age have at least heard of PDAs, otherwise known as ‘personal digital assistants’. But for great numbers of people, there is a perception that these devices have become somewhat outmoded, and that great numbers of firms have ceased their use altogether.

However, that’s not quite true. There are still many organisations – in sectors such as healthcare – that continue to use PDAs.

That, in turn, raises a few questions: why do they do so, could it be wise for your own firm to keep on using PDAs, and what should you do if your company’s PDAs develop problems?

What Is A PDA?

Personal digital assistants were especially popular during the 1990s and into the 2000s, and can be seen in some ways as a predecessor to today’s smartphones and tablet computers.

A PDA really serves as a kind of portable, personal information manager, and for this reason, many people working in various organisations do still swear by them. They are also usually designed to be capable of sharing this information with a desktop PC; in that sense, they are very much meant to be an extension of a PC, rather than a replacement for it.

Naturally, the exact features that a given PDA has will depend on the specific manufacturer and model. But most ‘old-school’ PDAs incorporated a physical keyboard, and other features seen across various PDA models down the years have included the likes of touchscreen displays, Wi-Fi and Bluetooth connectivity, memory card slots, and multimedia support.

Why Are Some Organisations Still Using PDAs?

With the original iPhone – the device that has been widely credited as ushering in the ‘smartphone era’ we have lived in ever since – having been launched way back in 2007, you might be wondering: why would any organisation still need to use PDAs?

The simple answer to this question, is that the strengths that helped make PDAs so widely used in the first place, are very much still in place now. Having been made and released in so many different versions and models over many years, there are plenty of different PDA devices available, and firms in a range of sectors love their ease of use, functionality, and reliability.

Speaking of the latter, it is also relatively easy to repair a PDA. However, we realise that when your workers have pressing things to do, they won’t want to have to spend time sifting through online troubleshooting pages, or getting on the phone to manufacturers that might not even support the given device anymore. This is why, if you do encounter problems with one of your organisation’s PDAs, you might need to arrange a quick repair by a company such as Mobile Computer Repair.

We’ve written previously about the connectivity, portability and other benefits that PDAs still offer to organisations, which show that these devices are far from mere relics of the past.

Indeed, with many PDAs over the years having embraced features that one might more readily associate with other device categories – think the likes of mobile phone and multimedia capability – the bigger question for your firm than whether you should use PDAs, might be what specific model of PDA you choose to use.

Yes, today’s smartphones and tablet computers are often amazing in their sophistication. But PDAs can frequently be Wi-Fi enabled, don’t require a wireless carrier, and even often offer bigger screens than smartphones. Your organisation might be able to access all the functionality that it needs in a PDA, without having to turn to smartphones and tablets.

Plus, if you have PDAs and similar handheld devices already on-site, your personnel may already be well-trained in their use, and it might just be a question of keeping your organisation’s existing PDAs operational. Our own professionals specialising in PDA repairs in the UK can help you ensure this – so why not call 01202 606 070 for further information about our services and expertise?

PrevPrevious5 Key Functions of Zebra Mobile Computers – and How to Take Advantage of Them
NextA Quick Guide to Common Issues with The Motorola MC9200Next
We use cookies on our website to give you the most relevant experience by remembering your preferences and repeat visits. By clicking “Accept All”, you consent to the use of ALL the cookies. However, you may visit "Cookie Settings" to provide a controlled consent.
Read More
Cookie SettingsAccept All
Manage consent